The Story Behind The 2019 Citizens Budget

The first ever Citizens Budget of Vanuatu was published in 2019, made possible through an effective between the Department of Finance, the Right To Information Unit, and Transparency International Vanuatu (TIV).

With the financial assistance provided by the UNPRAC/UNDP Office based in Fiji , Transparency International Vanuatu developed a survey to gather public understanding of the National Budget, and with the assistance of 20 youth from the Vanuatu National Youth Council over 500 survey's were completed within a month.

The concluding result of the survey identified that out of 500+ people that participated in the survey, only 5% of them were able to access, understand, and comprehend the National Budget with ease. The other 95% said that they;

This information showed that there was more work to be done to allow people their right to know about the national budget, but in a simplified format - the Citizens Budget. 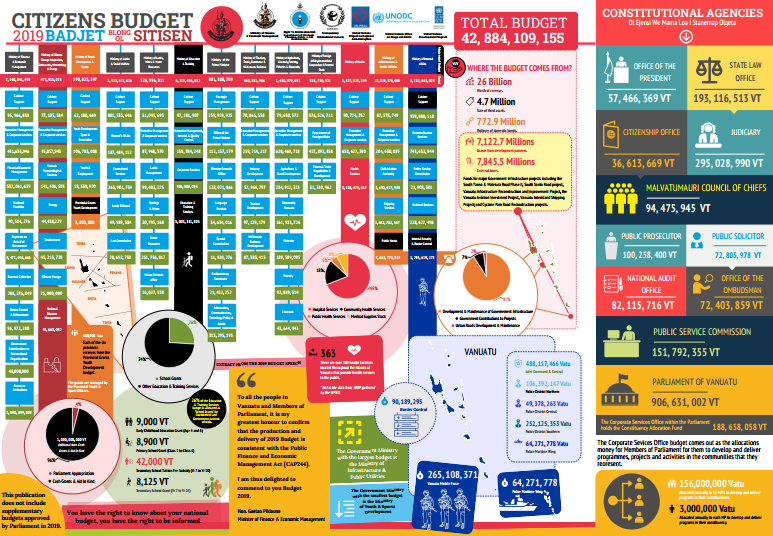