A milestone Memorandum of Understanding paves the way for the establishment of mechanisms for proper records and information management under the Right To Information Act. 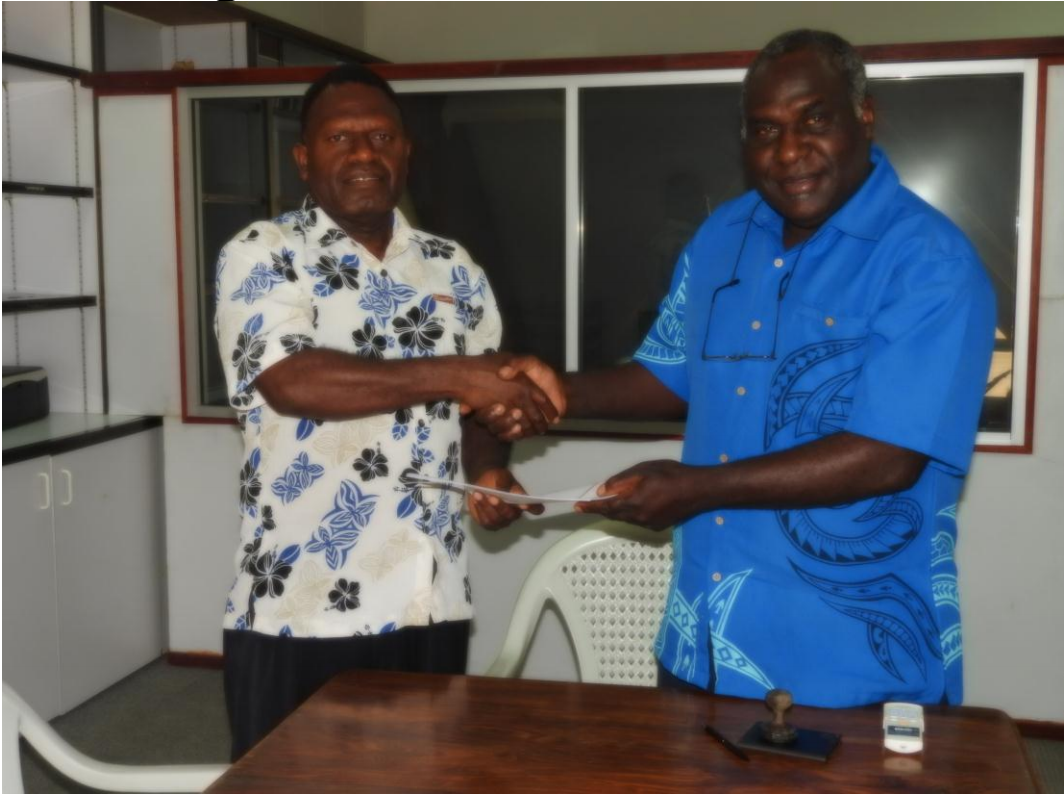 The MOU was signed between Director of the Department of Strategic Planning, Policy and Aid Coordination (DSPPAC) Gregoire Nimbtik, and the Director for Vanuatu Kaljurol Senta (VKS), Asal Lazare, last week.

The RTI Act was unanimously passed by parliament on November 24, 2016.

Speaking after the signing, DSPPAC Director Nimbtik said the MOU is very crucial to the pro-active and publication scheme under the implementation plan of the Right To Information policy and RTI Act.

Mr Nimbtik said under the MOU, the National Archives will take the lead in establishing National Records and Information Development Committee to reinforce best practice of records management and establish standards and guidelines as required by the RTI Act.

“Implementation of the RTI law will not succeed without good record keeping,” he said.

The RTI Unit under DSPPAC will work closely with VKS and the National Archives to set up respective committees under its strategic plan.

In response, VKS Director Lazare assured everyone of his agency’s commitment to fulfilling the records management requirements under the RTI implementation plan.

“This signing is a historic milestone in cooperation between VKS and the Prime Minister’s Office. In the past we have been operating independently from other government departments, but that this MOU marks the beginning of closer working relationship with other agencies as we embark on the RTI implementation plan,” he said.

Mr Lazare said the MOU will also foster a recent structural change in his agency that saw the stream lining of sections from 11 down to three, which are the Public Records and Archives, Production and the National Heritage, and the Research sections.

He believes the implementation process undertaken under the MOU will also assist in the functioning of his new structure.

The National Archives under the VKS has been working diligently in the past years to assist government agencies with records management training awareness and is committed to carrying out its strategic plans.